Born in 1944 in Algeria, François Anton eventually settled in the South of France, where he now lives and works. He has been painting for over forty years. Since 1975, Anton has exhibited his work in galleries in France, Switzerland and Germany as well as in several prominent art fairs.
His work recalls the innocence and playfulness of childhood juxtaposed with the struggles of modern life. The frenetic energy of Anton’s subjects complements the loneliness and mystery surrounding his characters. These seemingly opposing forces are balanced by the artist’s light-hearted sense of humor. His oil on canvas pieces (often featuring mixed media components) capture the mischief of comic strips while remaining decidedly intelligent, witty and skillfully executed pieces of art.
A lone subject, a man sitting or in movement, with outlandish Uncle Jacques Tati, encumbered by his awkward body and his large feet, yet comfortable in his skin. With only his dog or cat for company, there is a wad of chewing gum stuck to the sole of his shoe. Within this good-humoured man (indeed as the work’s title suggests) there is tenderness, with a solitude that satisfies itself and which we dare not disturb.
A life lesson in a lonely world that lacks in communication, served by a subtle palette. Shades of grey, green, blue, bordered with a hint of rose which are applied in light oil or pastel spots on wood or cloth. 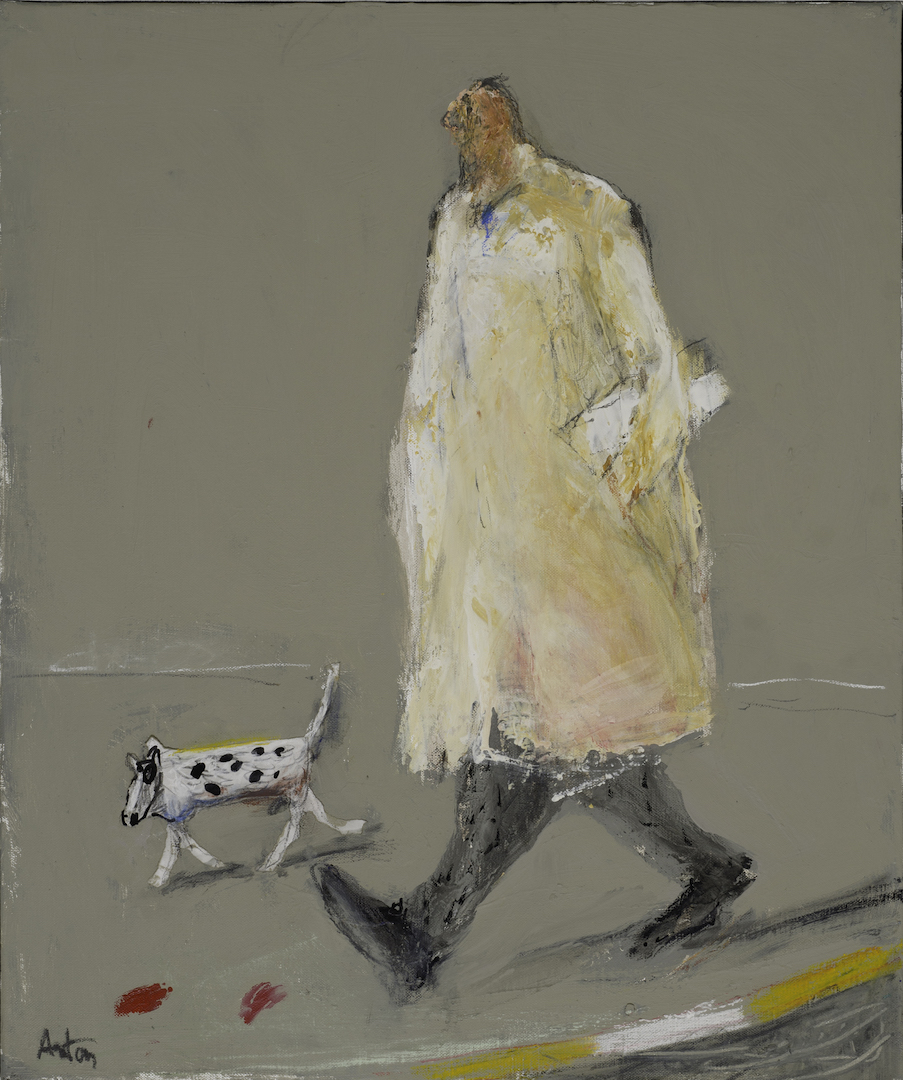 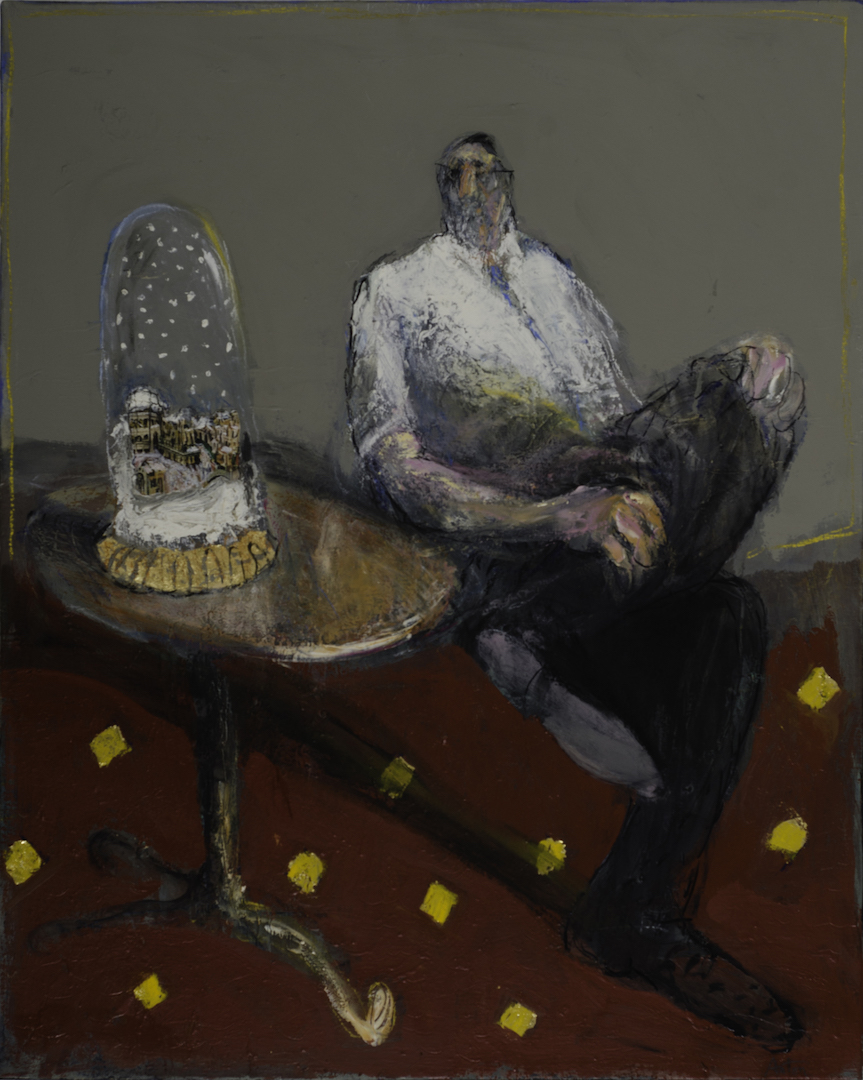 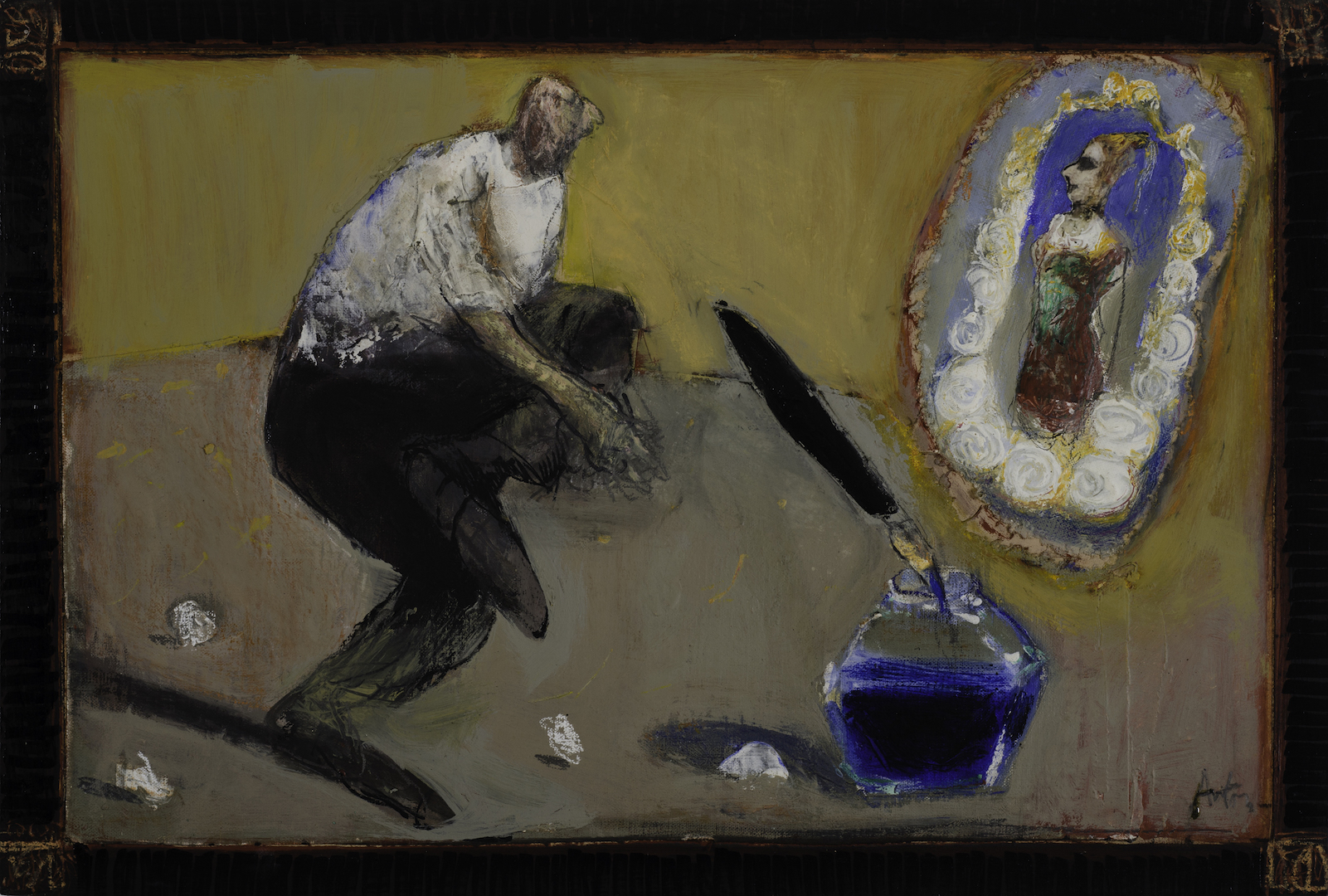 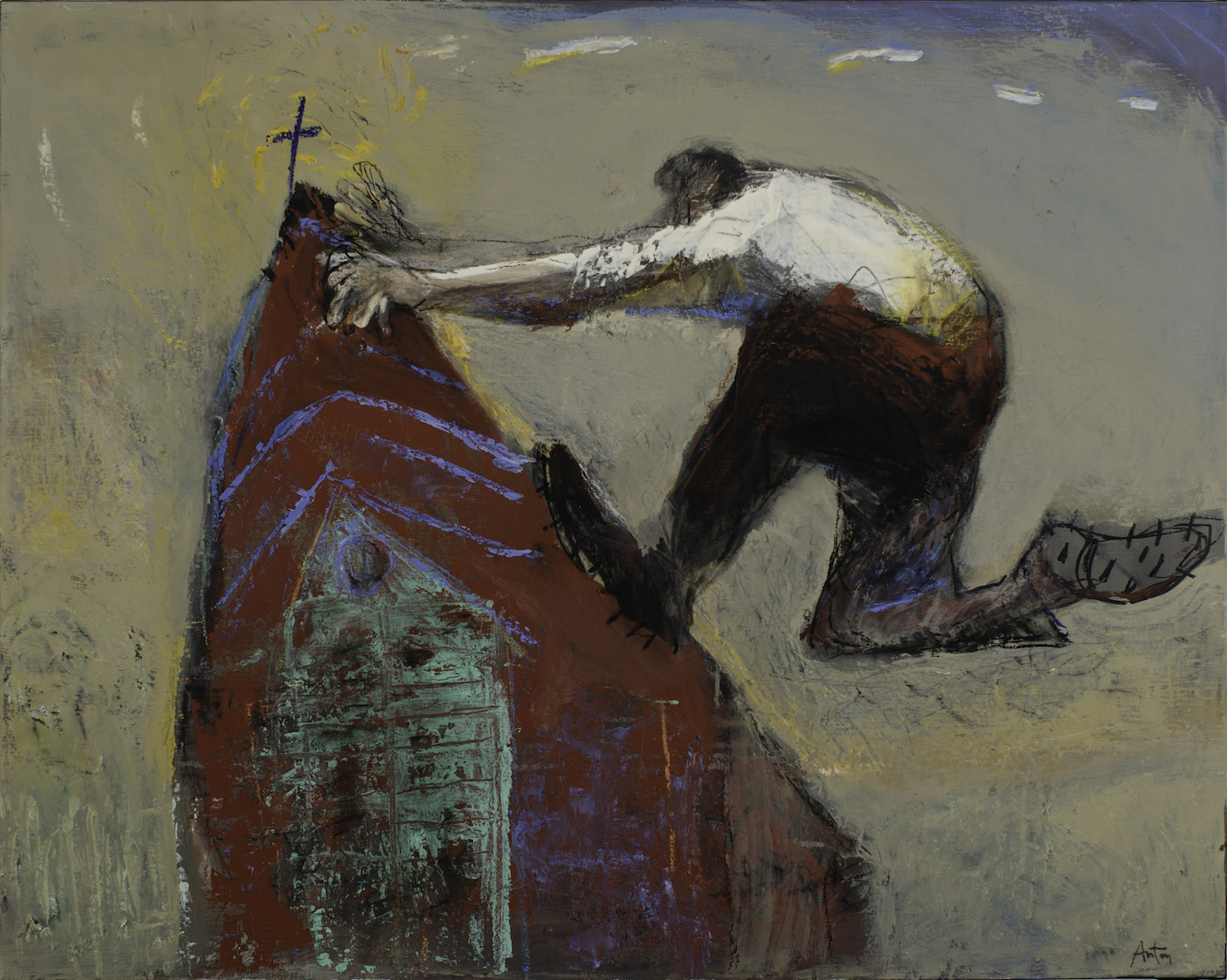 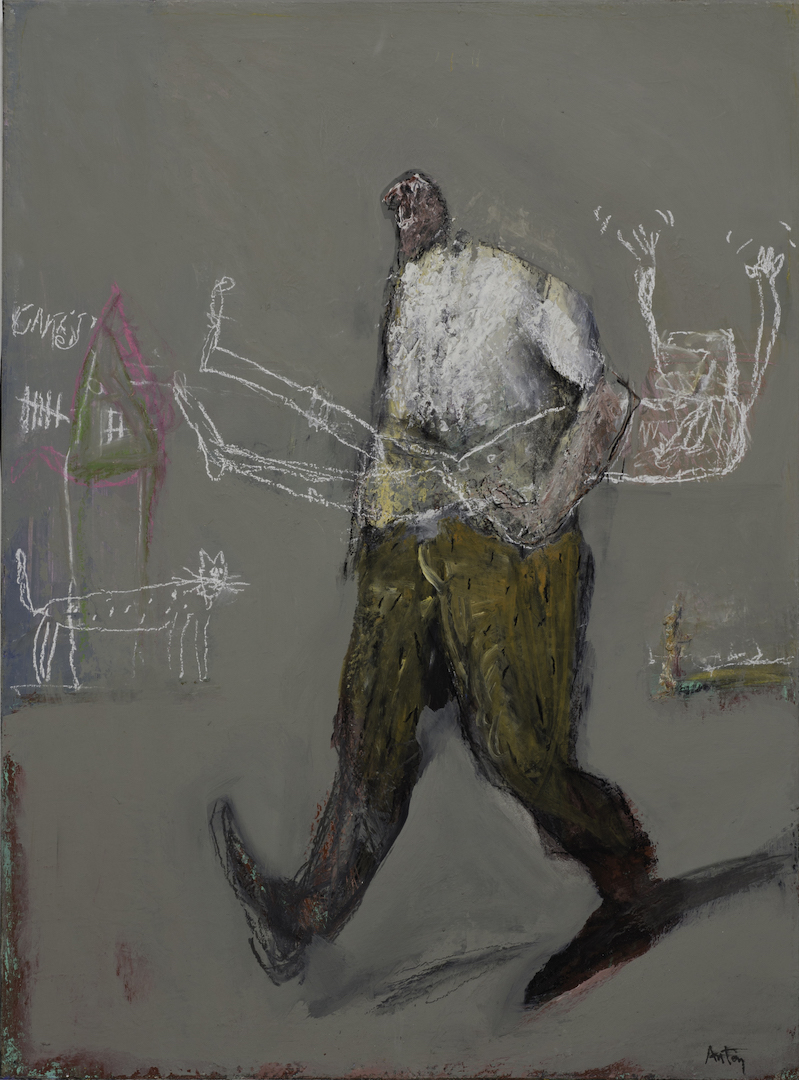 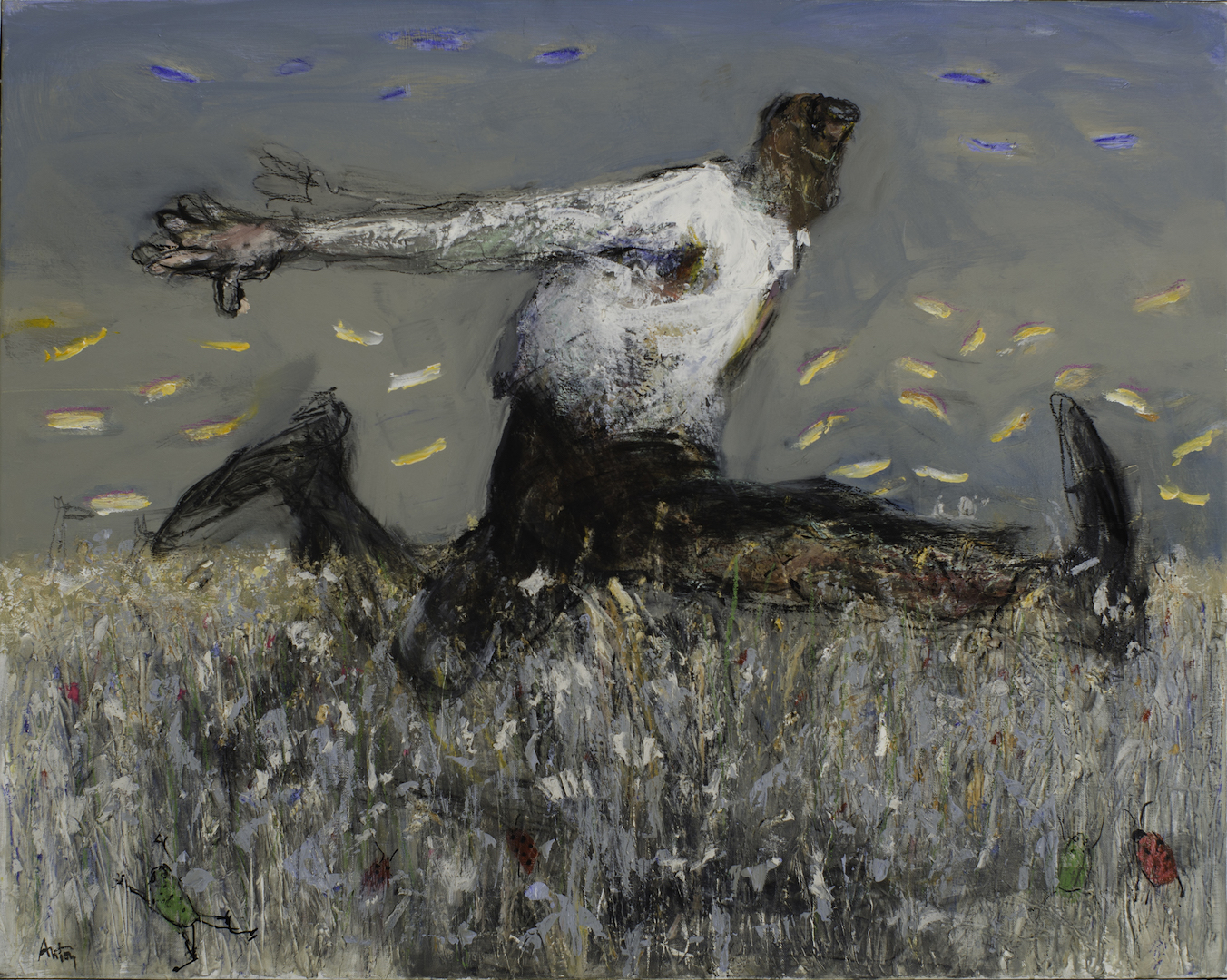 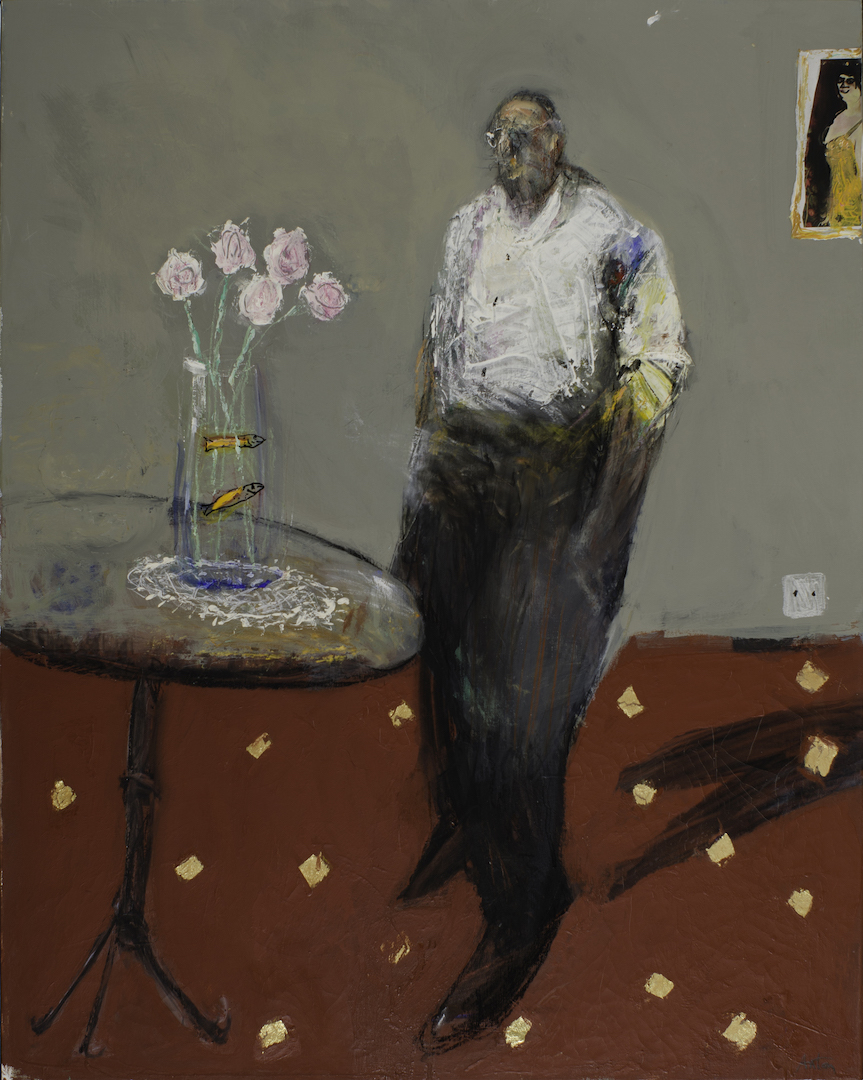 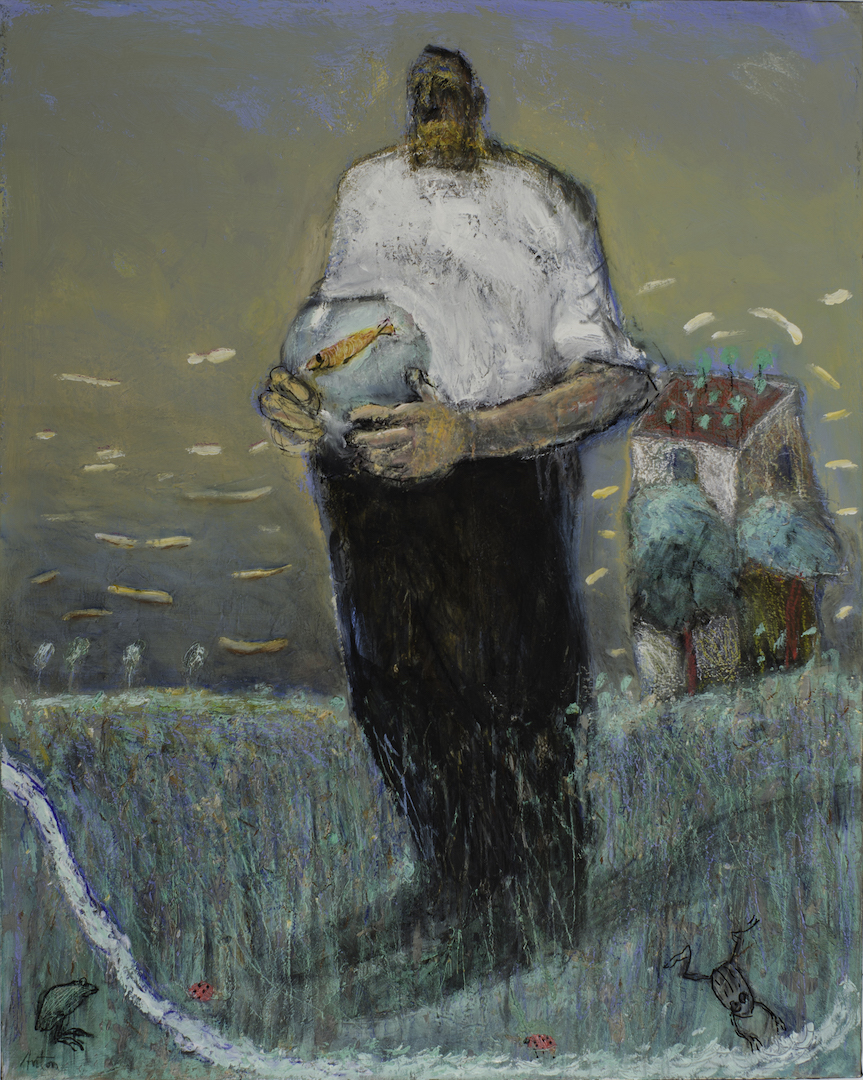 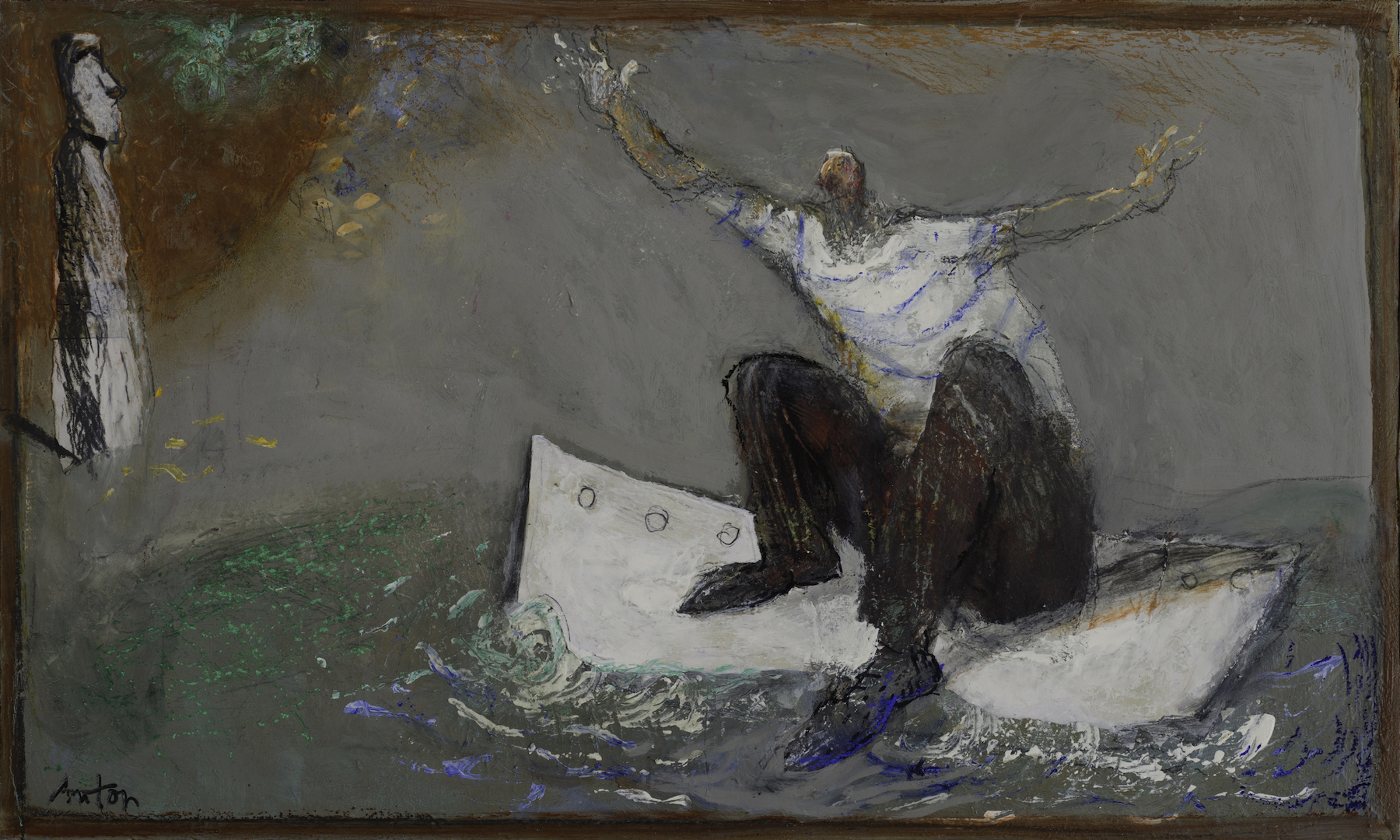