Lyrical abstraction, colored areas, draperies covered with drawn patterns, sculpted supports, the mastery is certain and varied. All the techniques meet, and create, thereby, unexpected combinations made of fragments from several universes. The pencil’s stroke, the brush’s stroke, spring and manage to contrast with finely worked surfaces. In his painting, Jose Luis Ceña Ruiz superimposes layers, textures, patterns, plays of light, and makes his canvases a surface where a dialogue is created. The artist plays on emptiness and fullness, transparency and opacity, monochrome and color. As in a waking dream, the landmarks are jostled, and yet, the harmony remains.

Between dream and reality, nothing is certain, the narration oscillates between different worlds where the existences of each one collides. The appearance of individuals, whether that of children, a woman or even a horse, is like that of a traveler who enters into the canvas. Caught in the act of existence, these beings sometimes seem to have been torn from their world and placed in these fragments out of time and out of all reality. Sometimes caught off guard, we do not really know what precedes in the order of representation, if the landscapes that surround them pre-exist or if these human presences are primary.

Sometimes empty or full, some areas strike by the density of emotions. The mystery, then remains complete, and characters, singular. The superposition of these different universes is reinforced by the use of different painting techniques, which induces a certain emotional depth.

The silhouettes’ work creates, for its part, a thickness of the treated subjects. As in a slow-motion shot, the image seems to multiply behind the characters, forming an echo that prolongs their passage. Our attention is doubly drawn; both on the main subject, and on its resonances which create an intrinsic duration in the painting.

Everything happens as if the perception of time were dilated. Increasing the vital charge of each character, the time that passes in these paintings is that of a very particular narrativity, that of a singular existential tempo. Some presences manifest themselves like apparitions, sometimes doubled with a shadow of various textures; their echo is visible and suggests a whole past that follows them. The images cross each other, and this is how the painting is constructed.

José Luis Ceña Ruiz’s painting is of an affirmed graphic. His images are intrinsically linked to our culture and to objects of our daily life. The whole, bears the trace of a work related to photography, without ever resorting to it. Giving the subjects something alive and deeply realistic, the images spring up and convey lively and happy emotions. The viewer accesses an intimate everydayness where the reminiscences of reality present his figures in all their vulnerability. Where the world of reality might have its limits, the imaginary world of Jose Luis Ceña Ruiz is infinite. 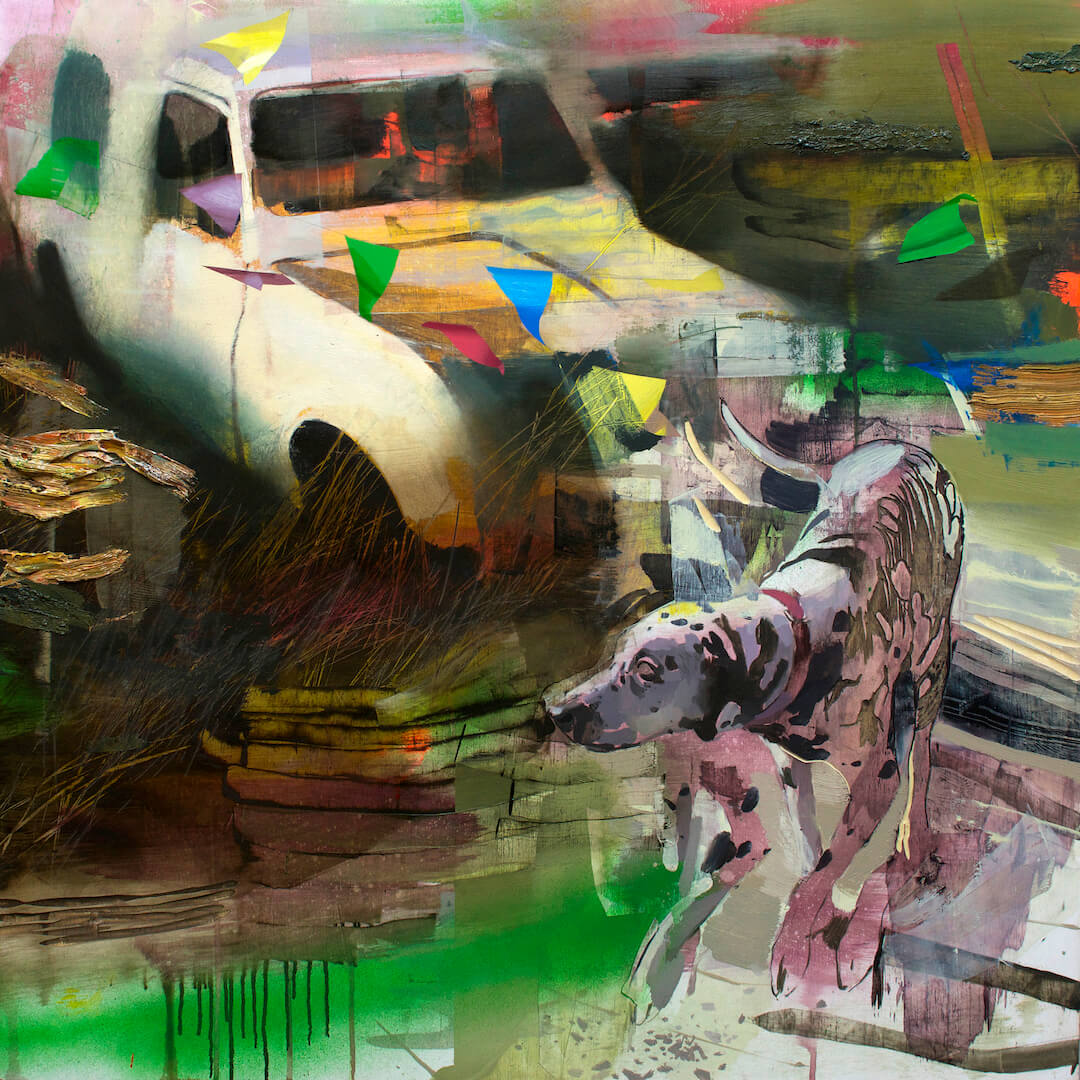 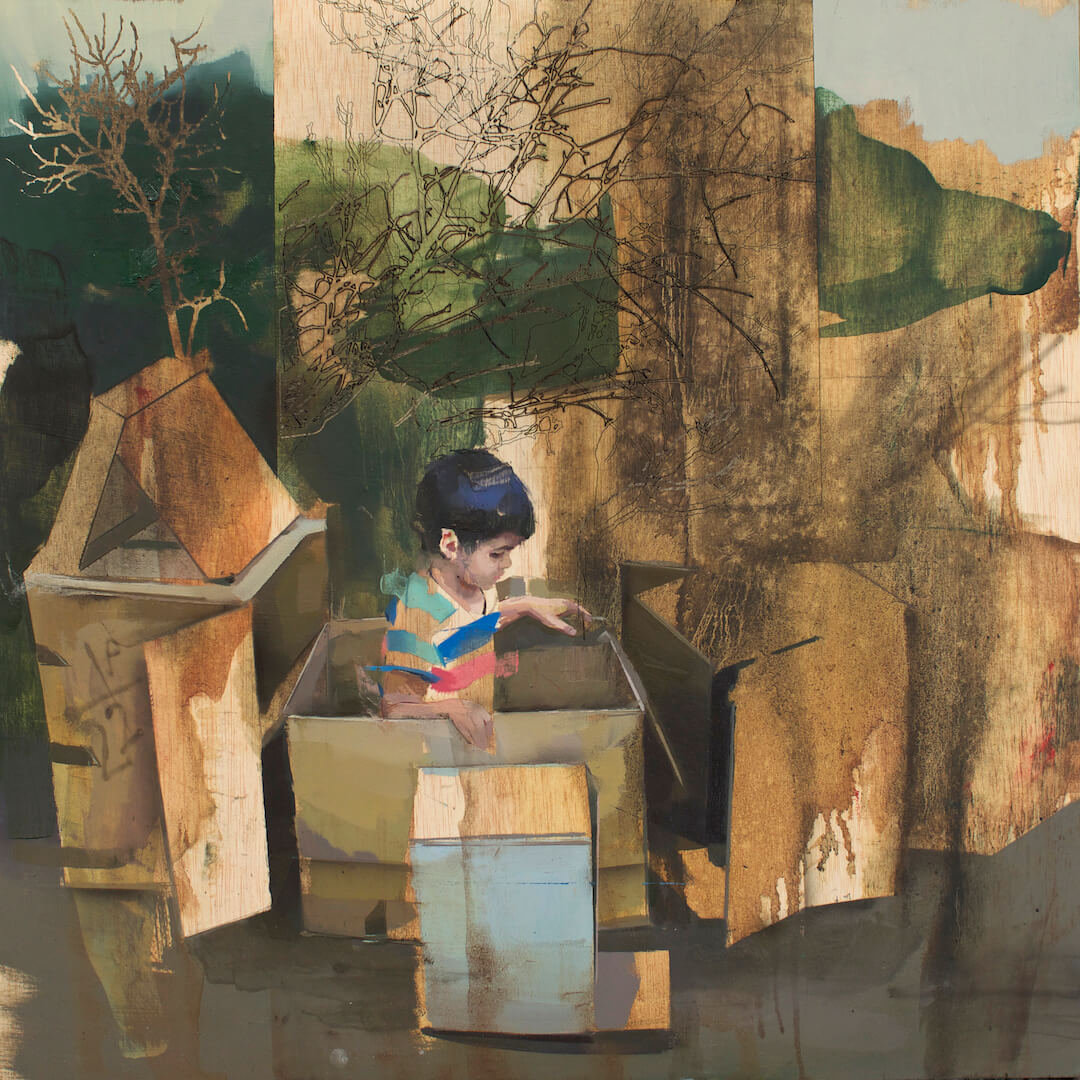 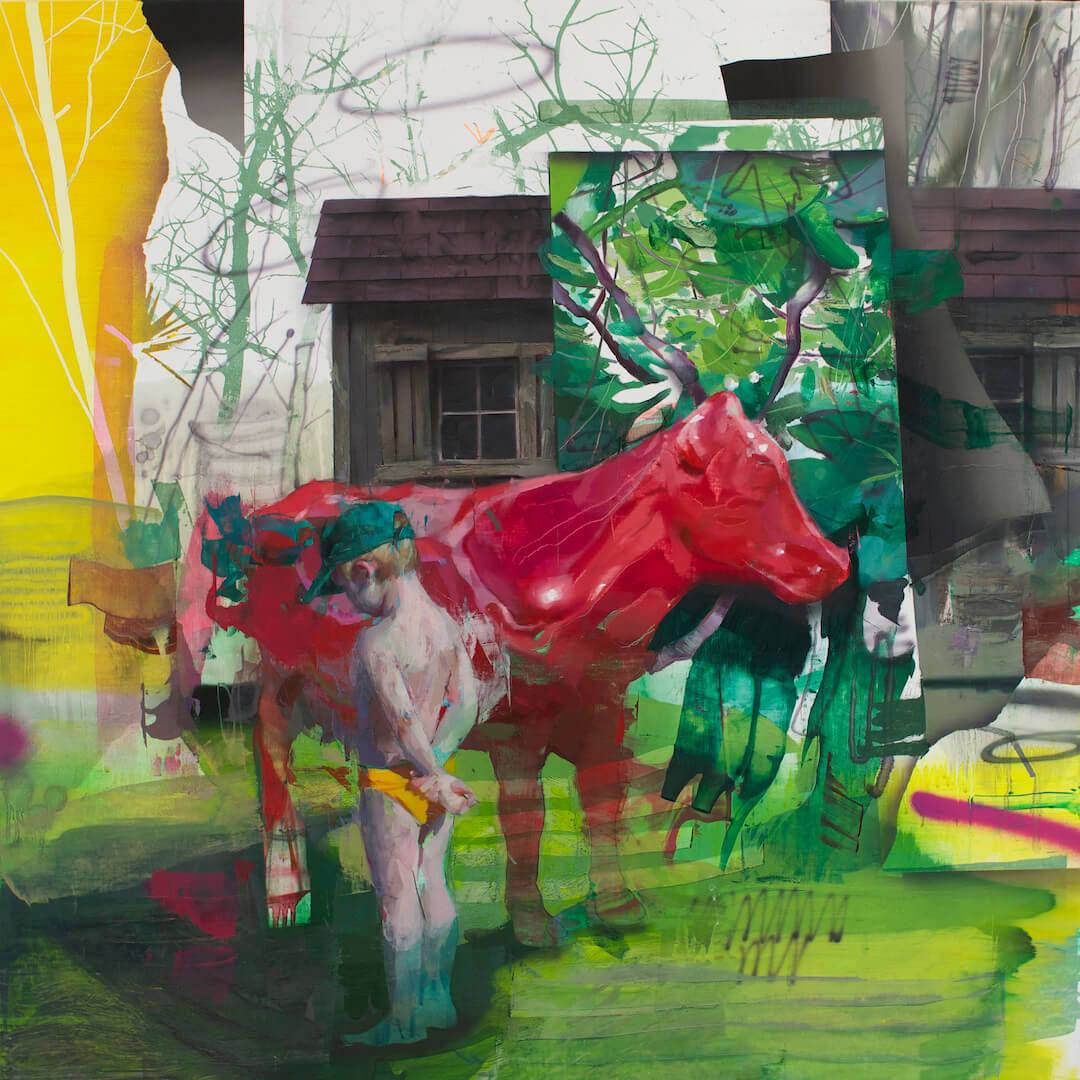 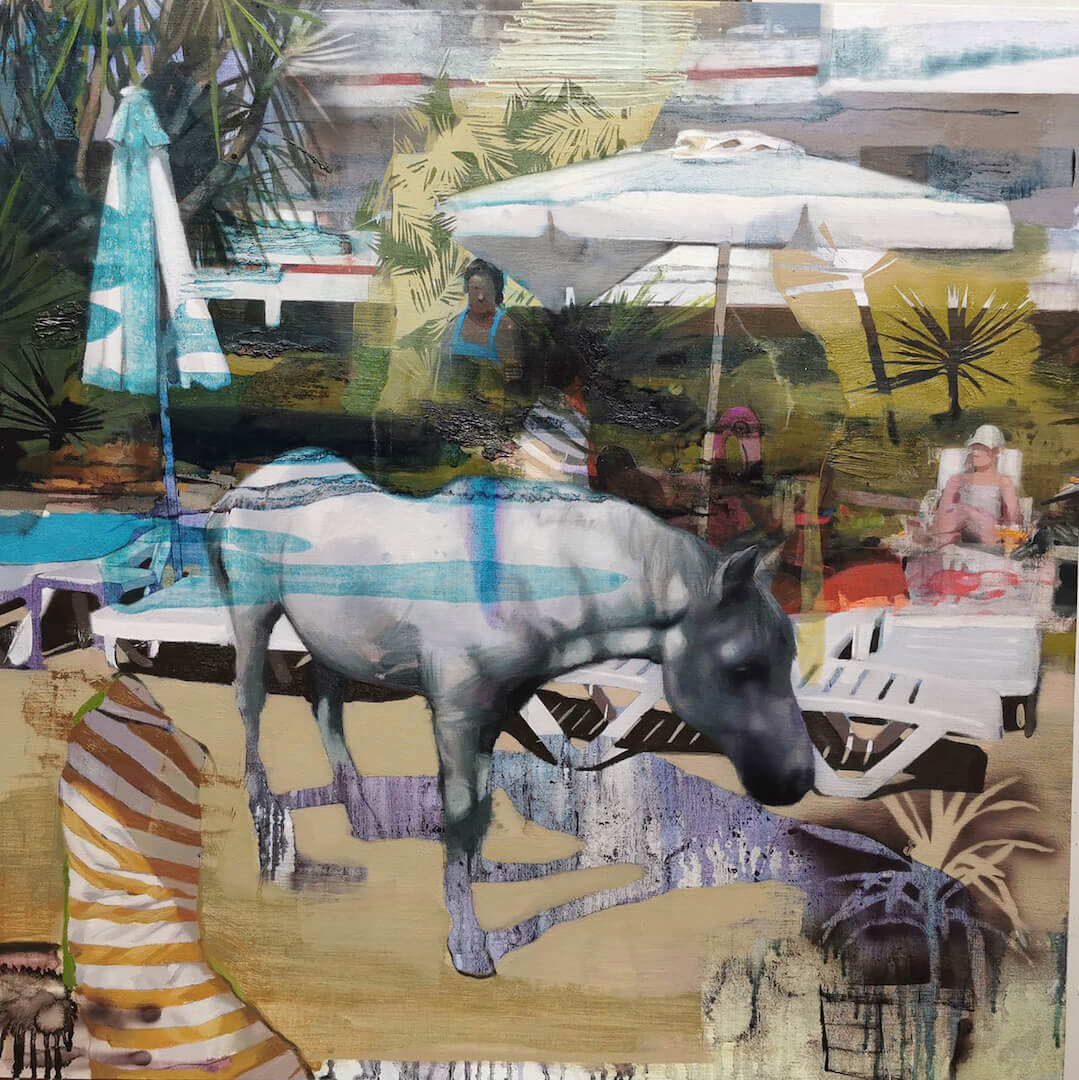 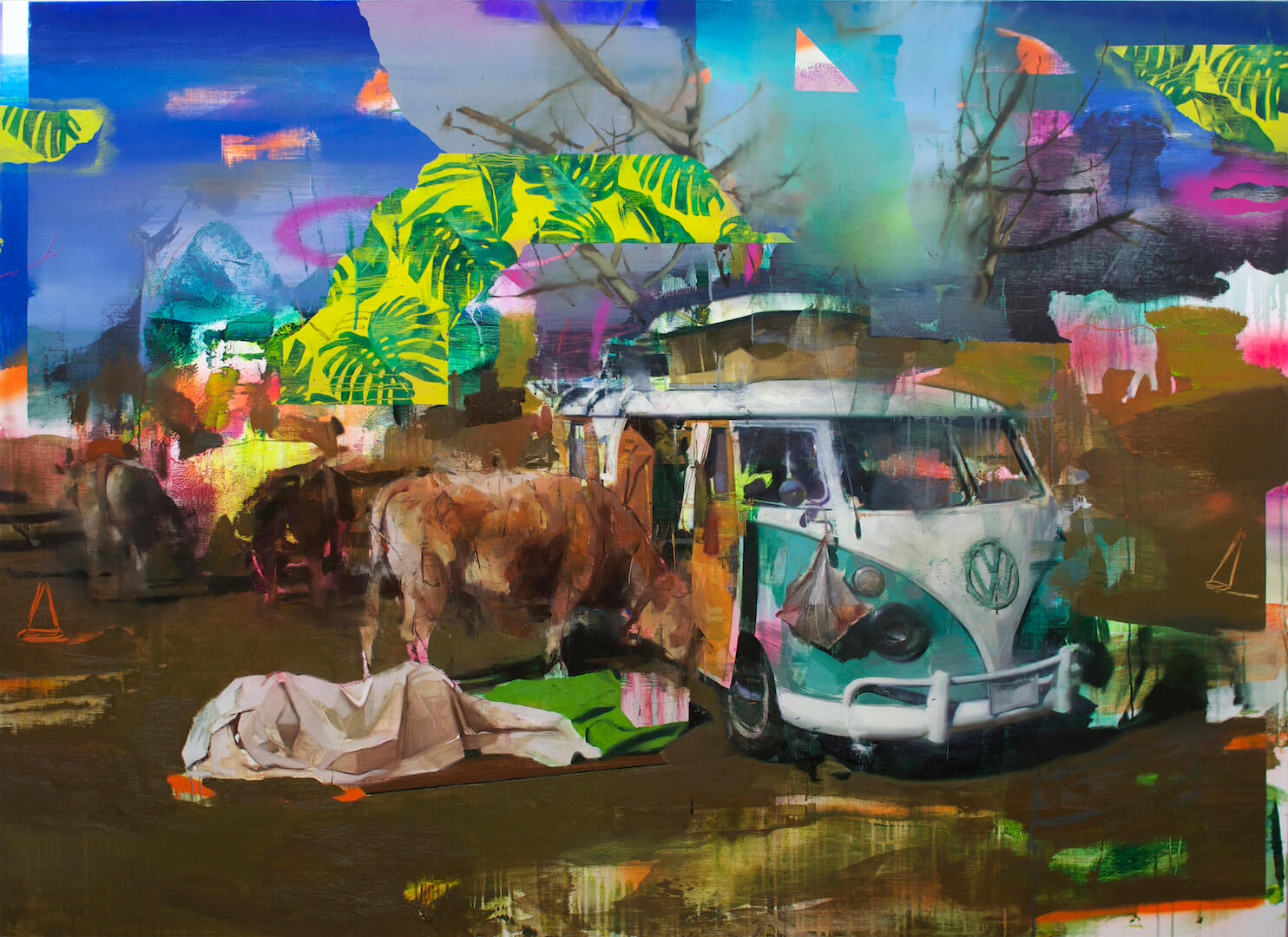 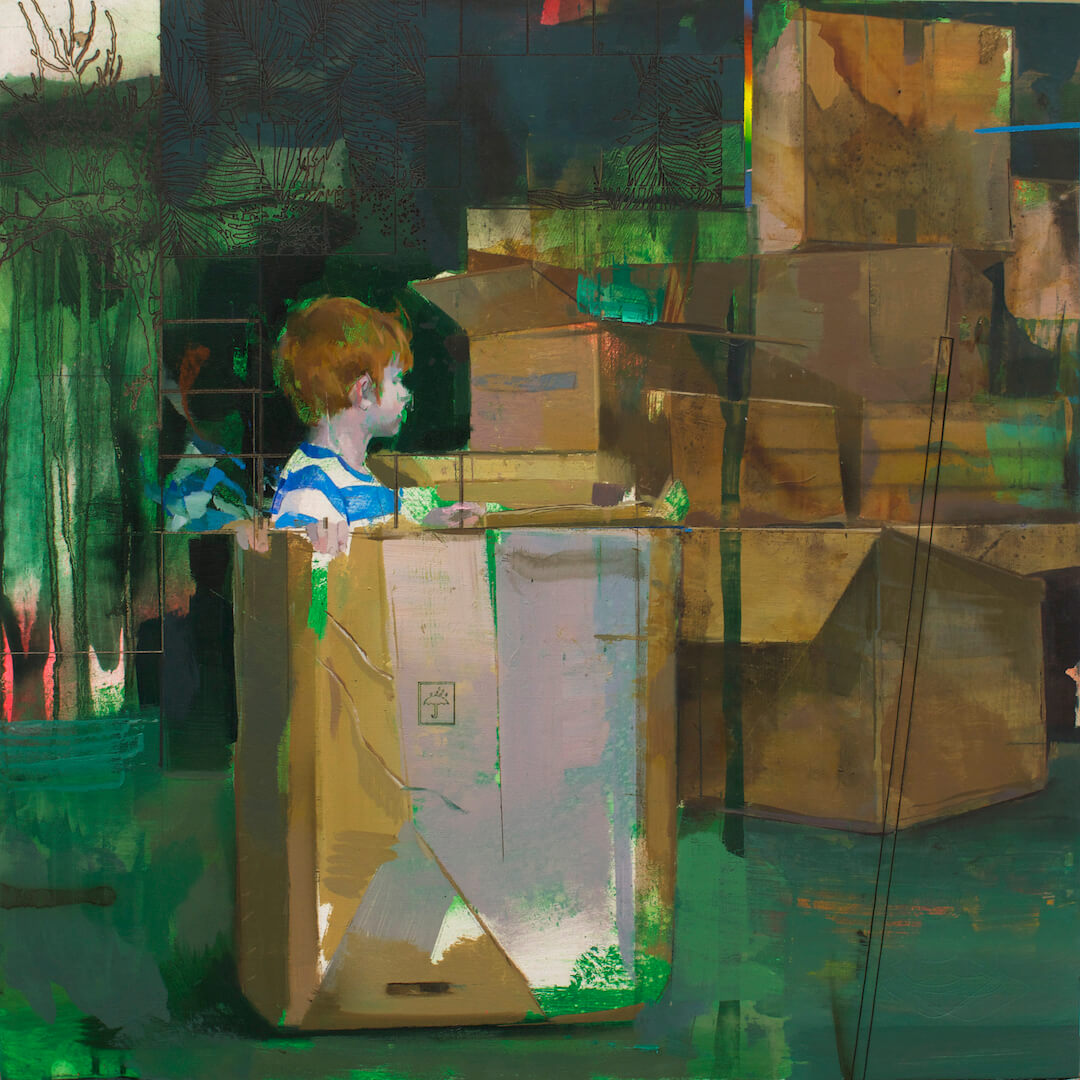 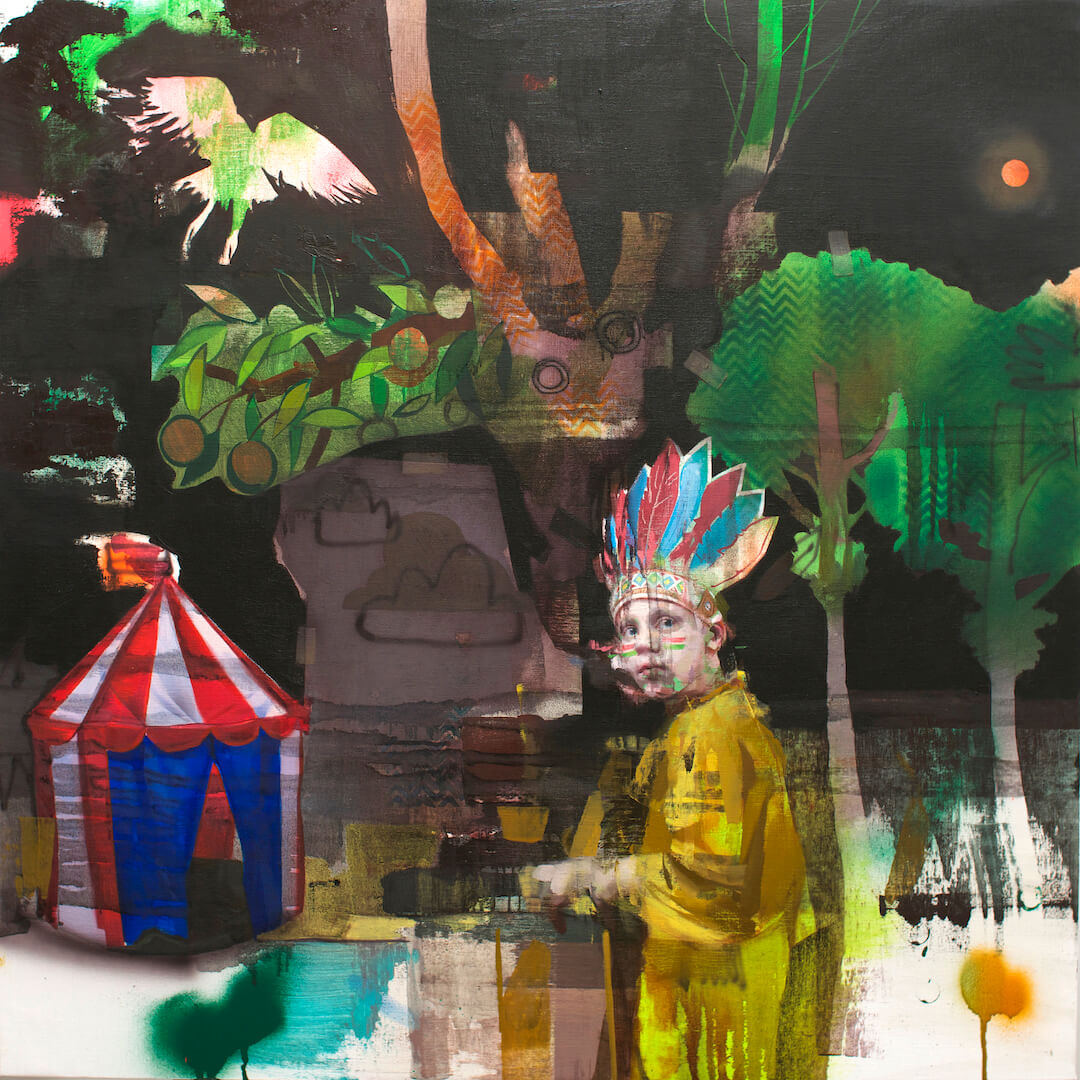 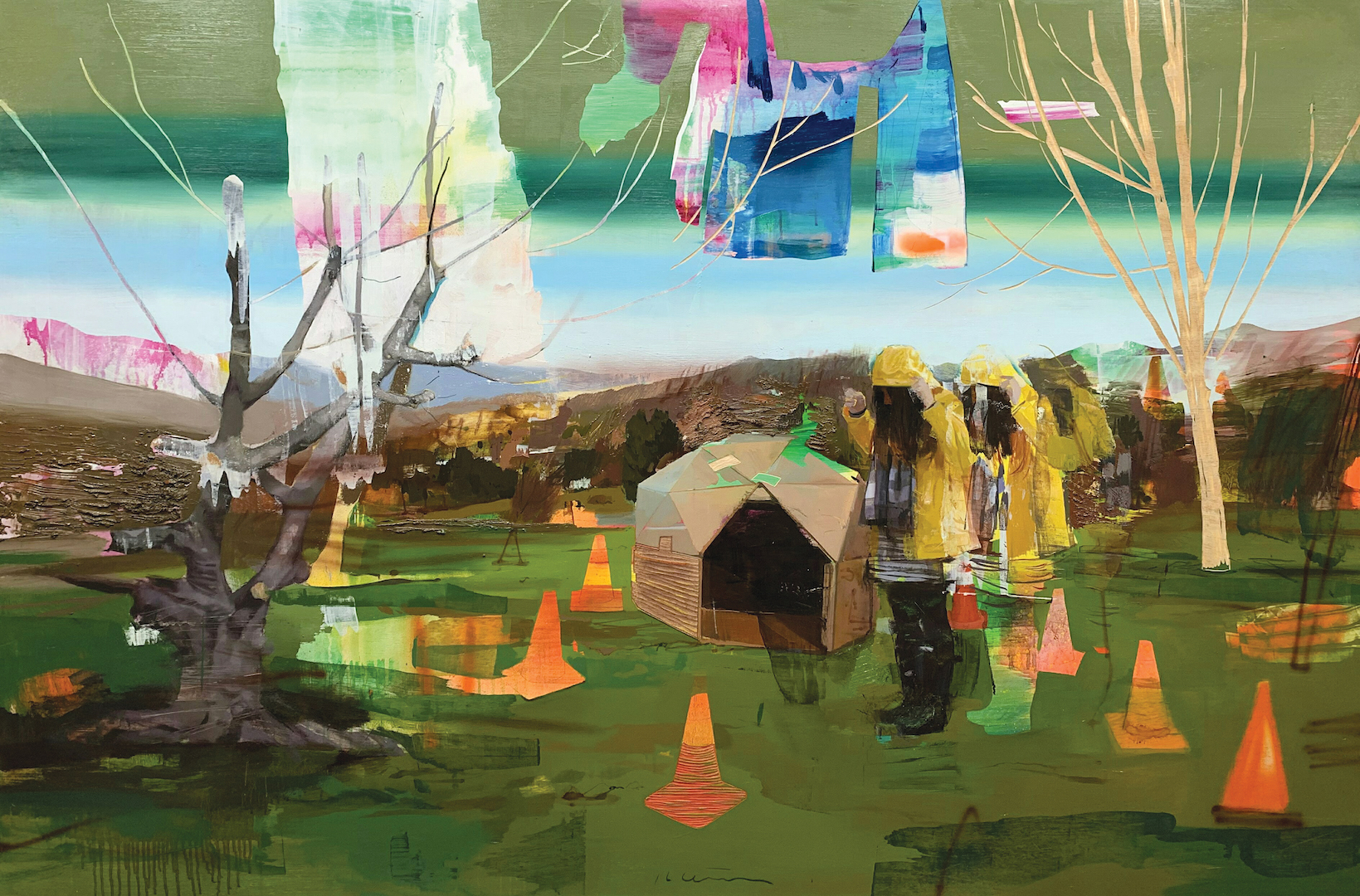 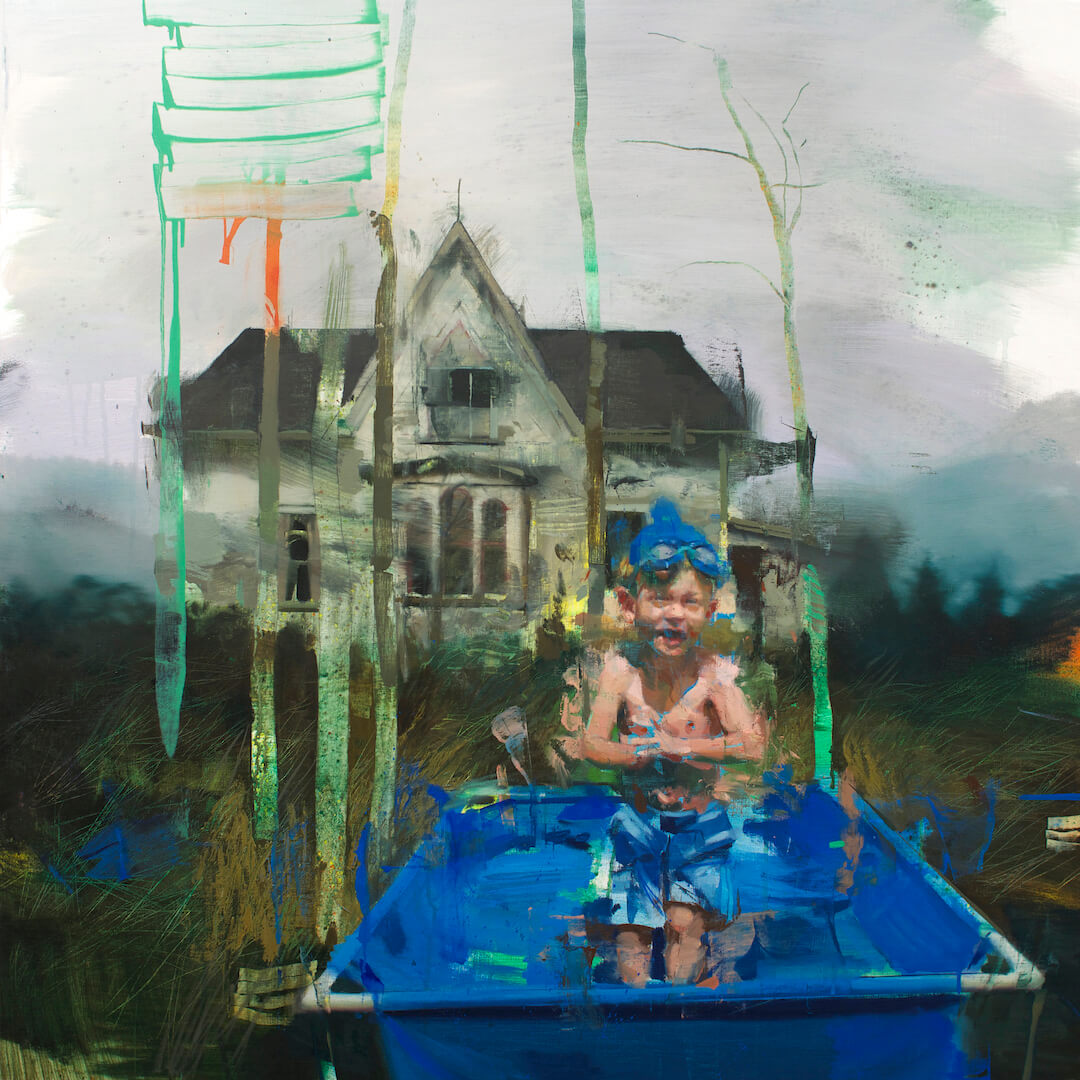 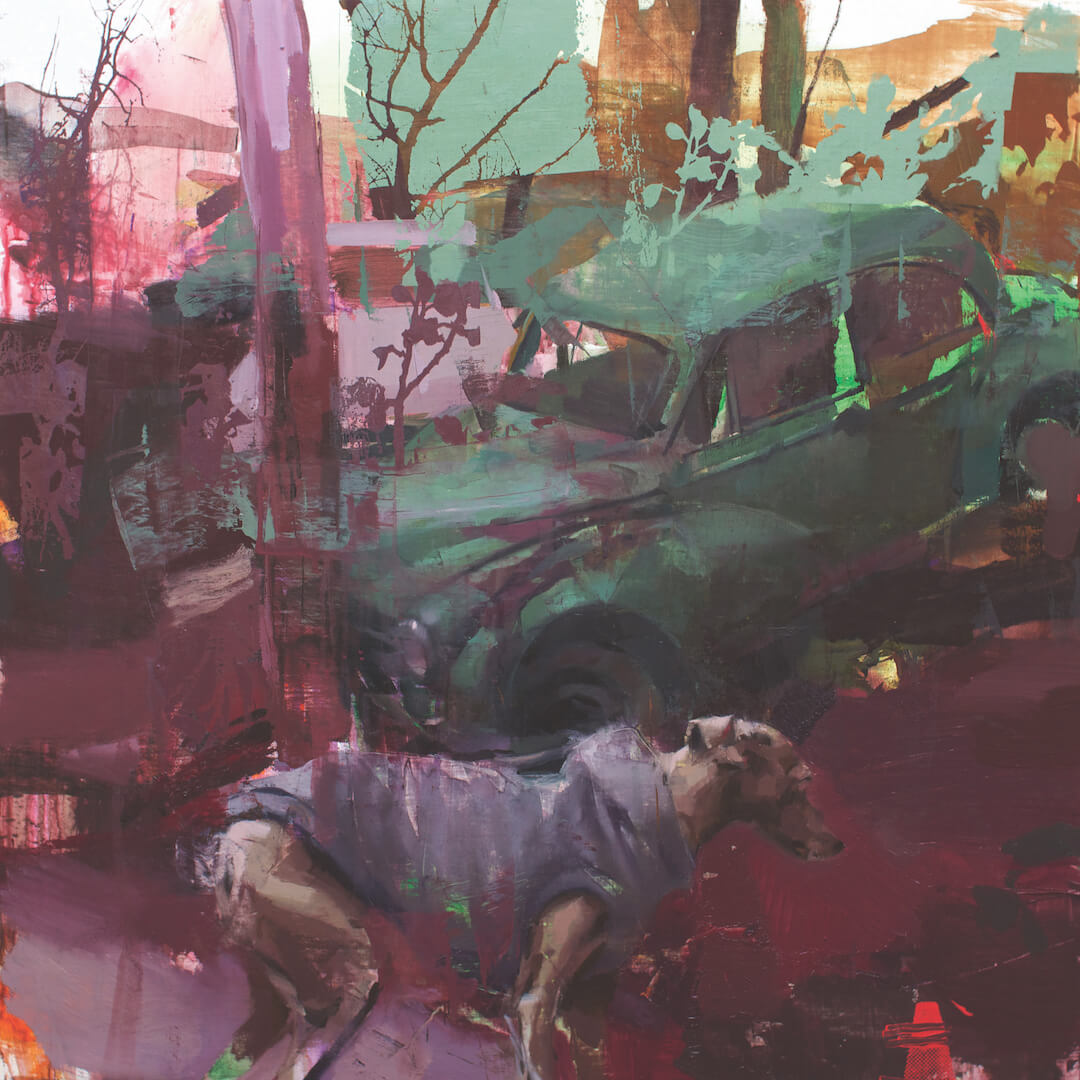 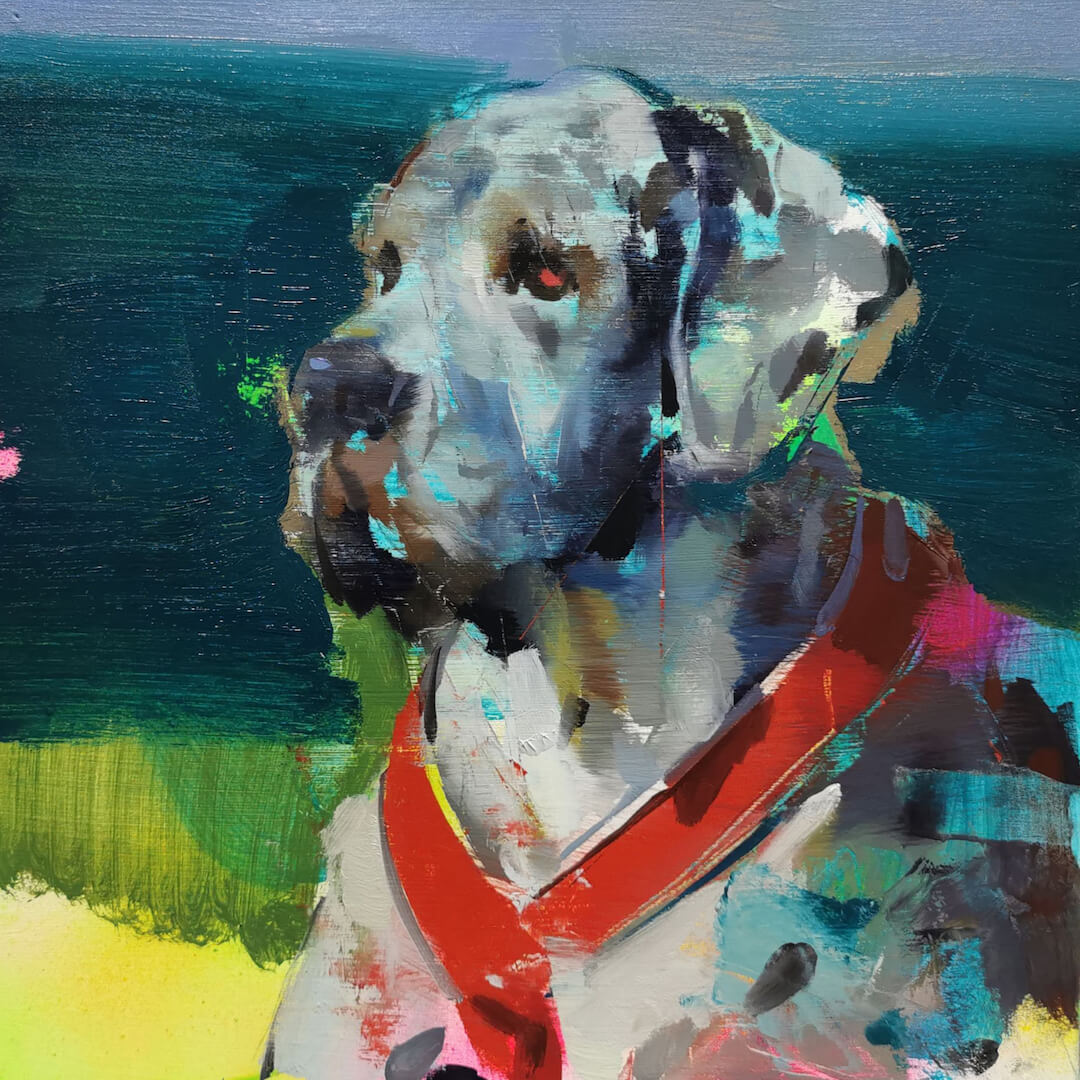 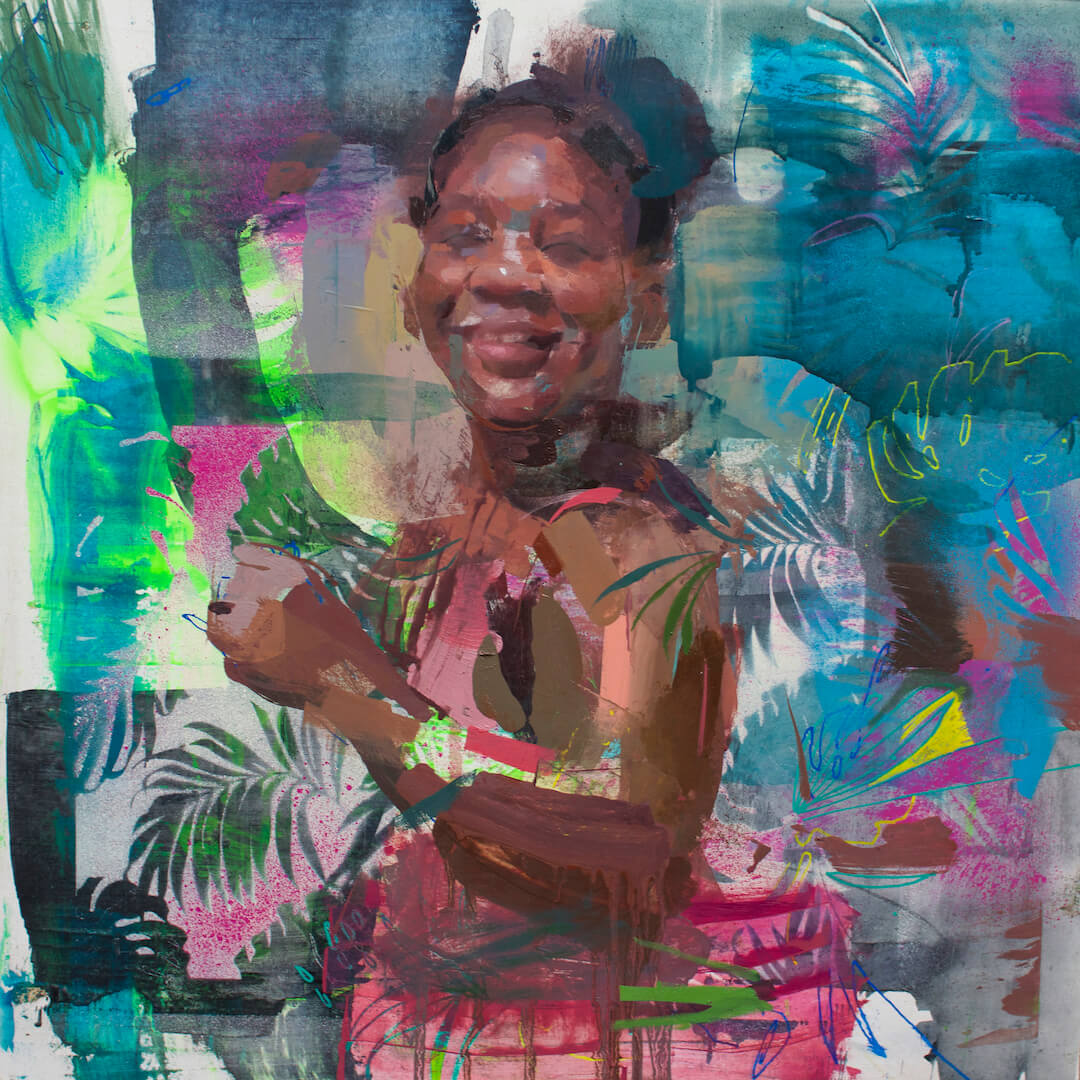 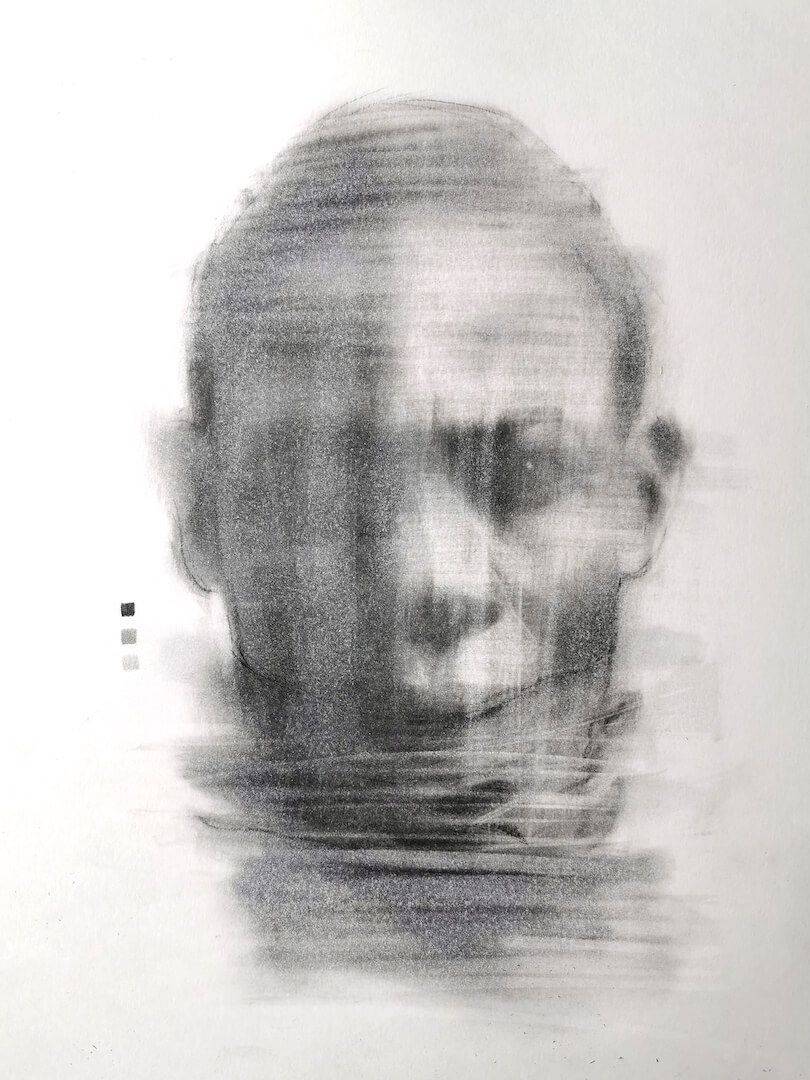 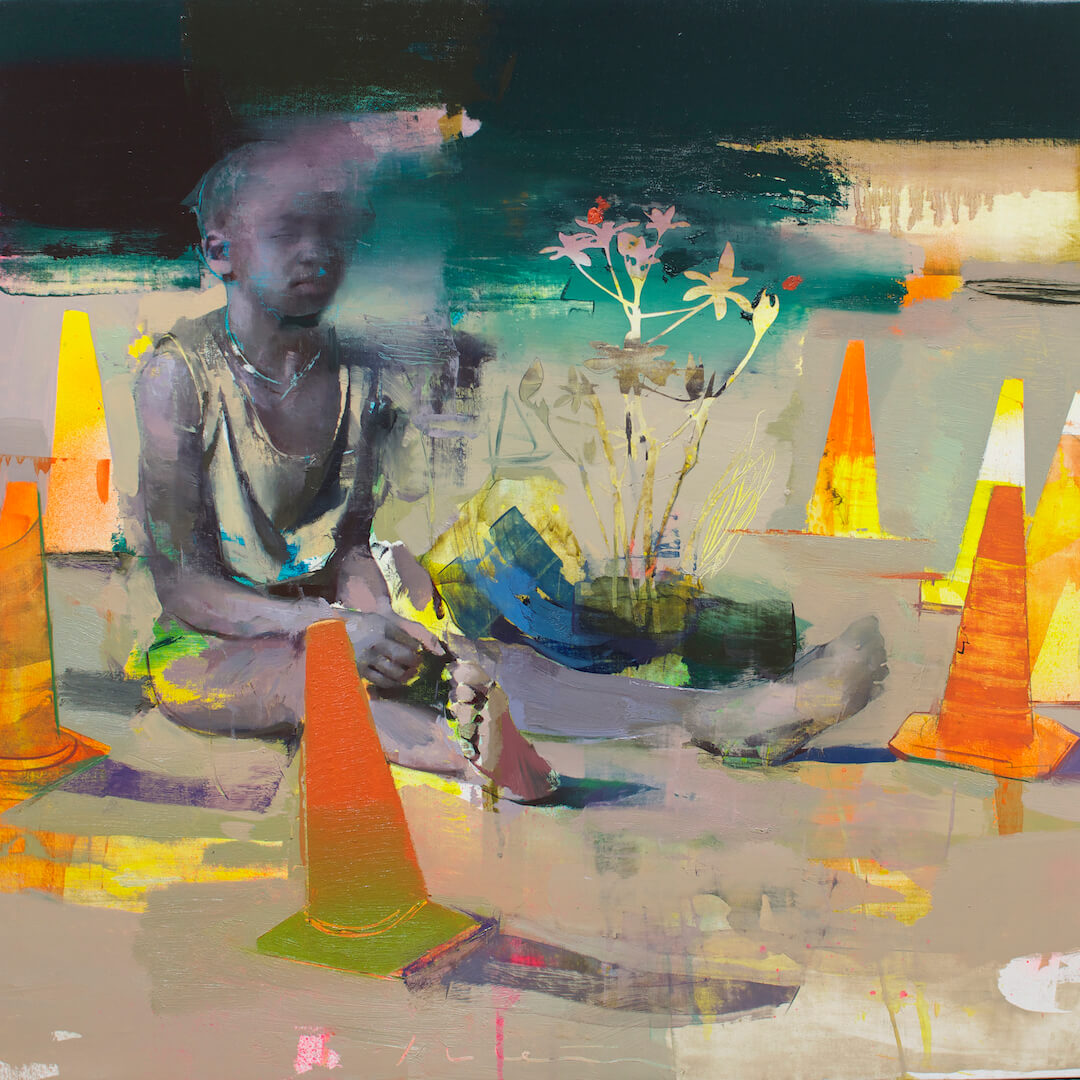 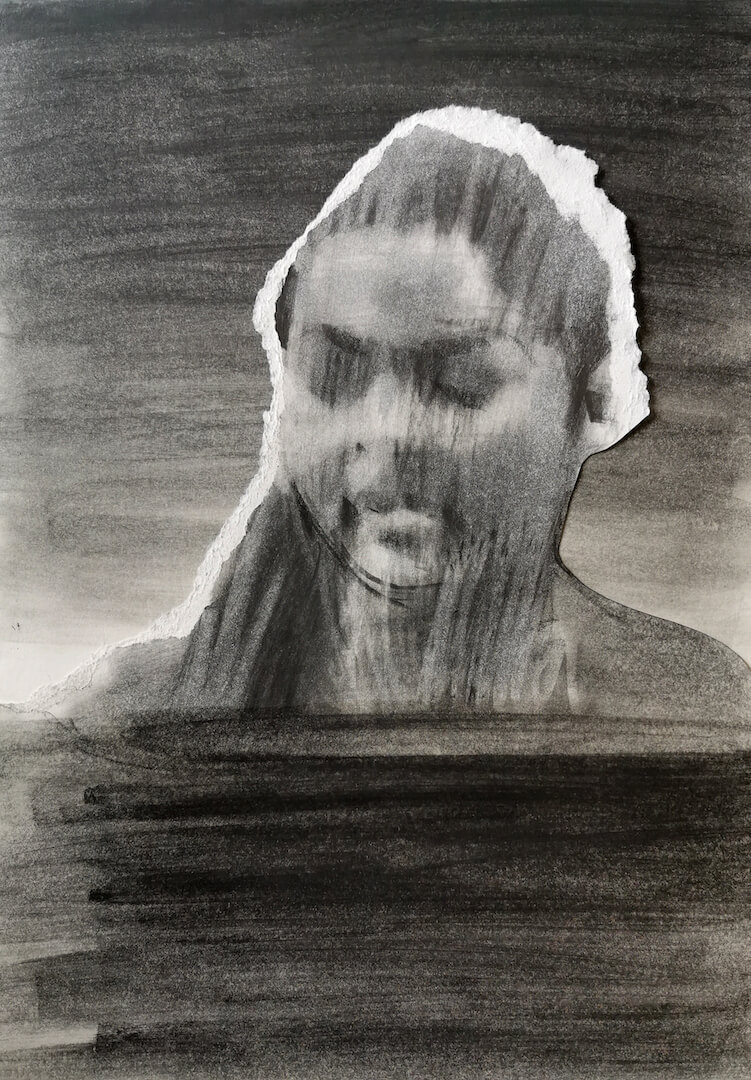 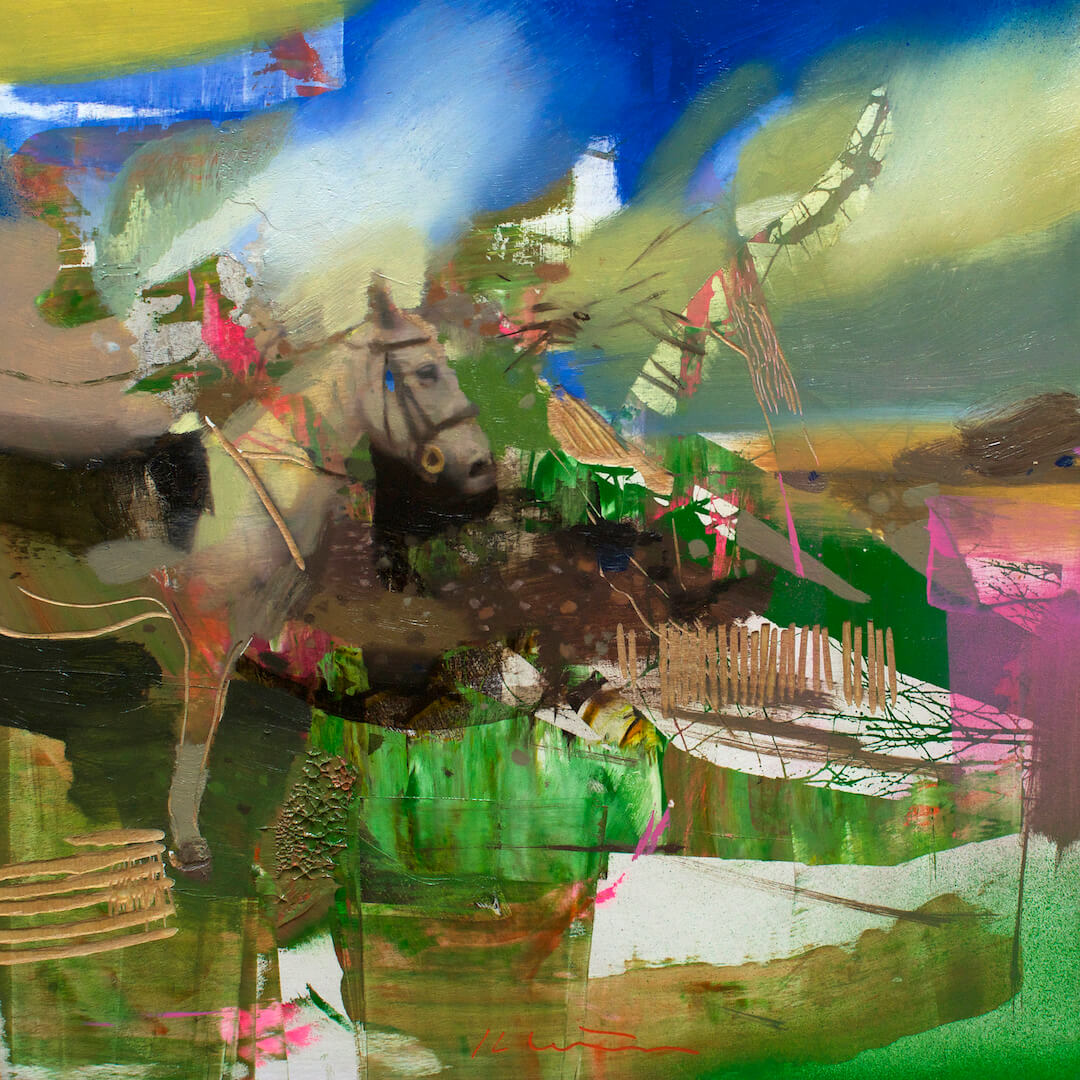 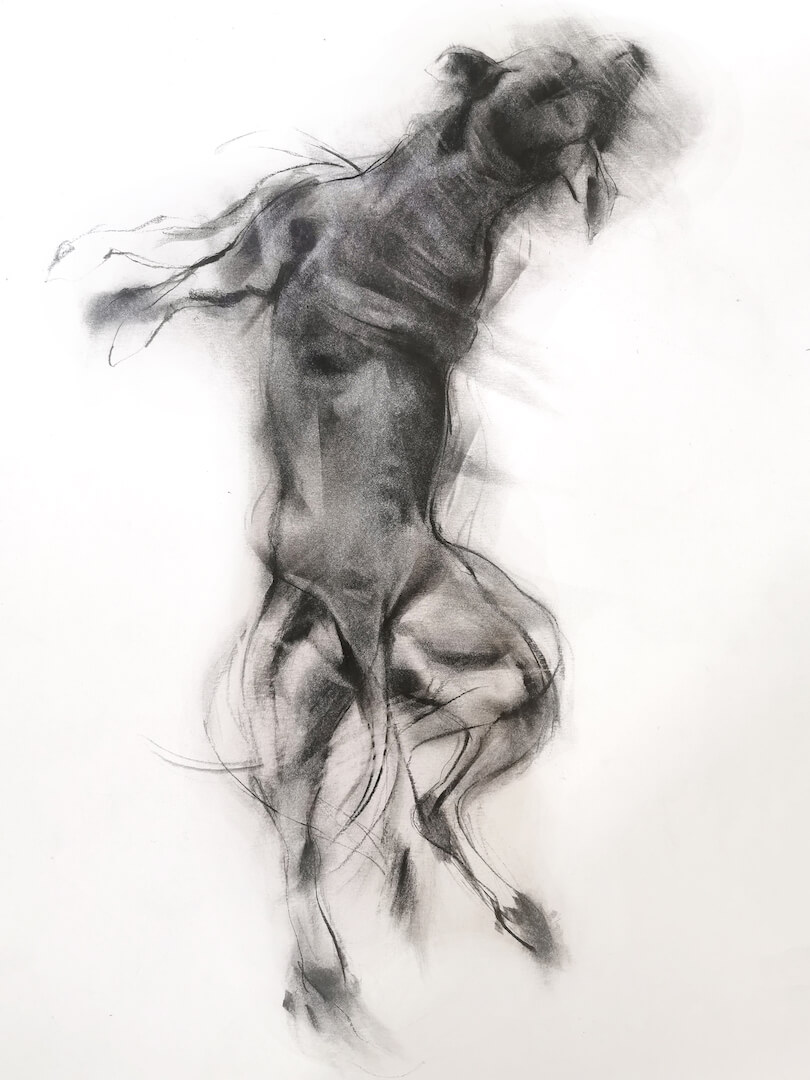 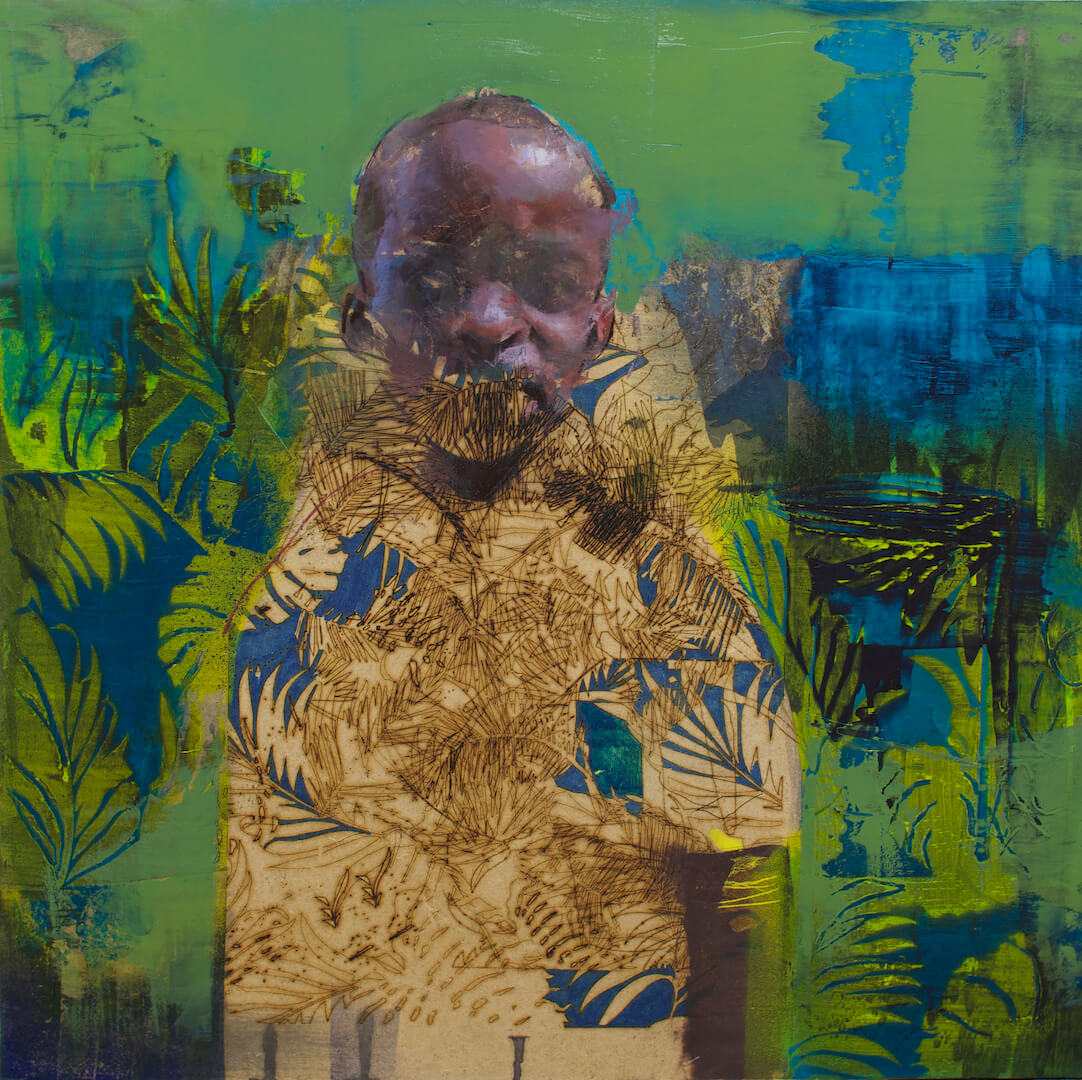 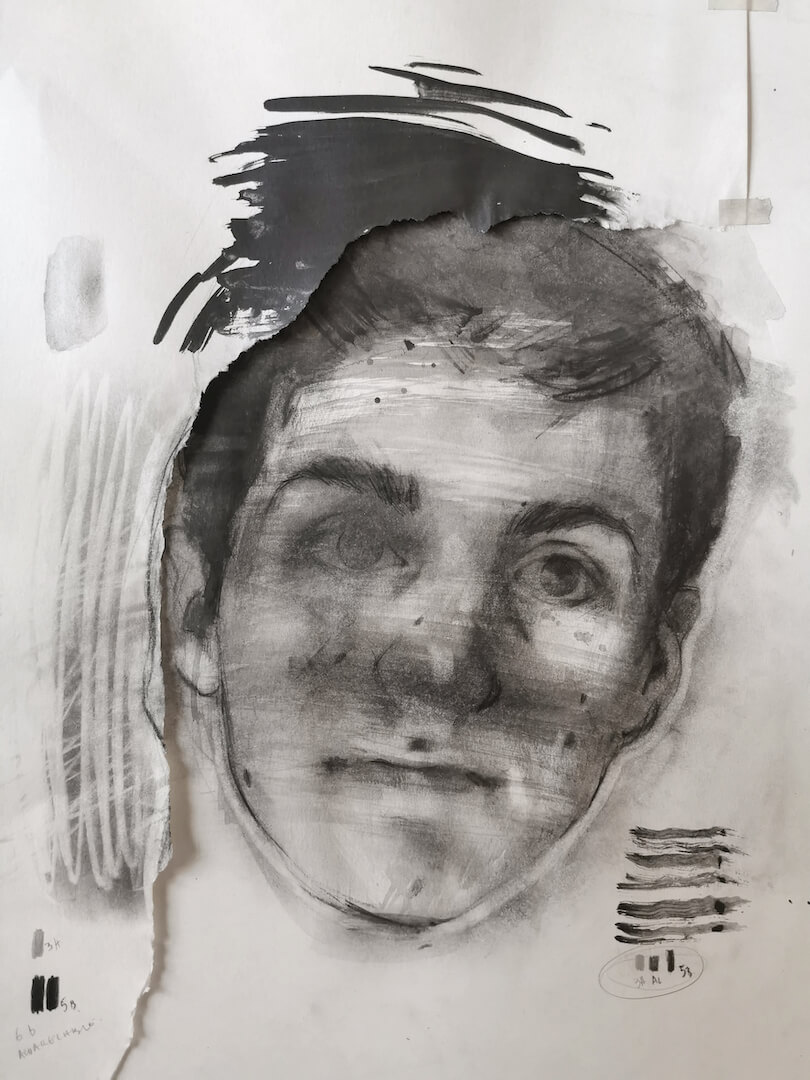 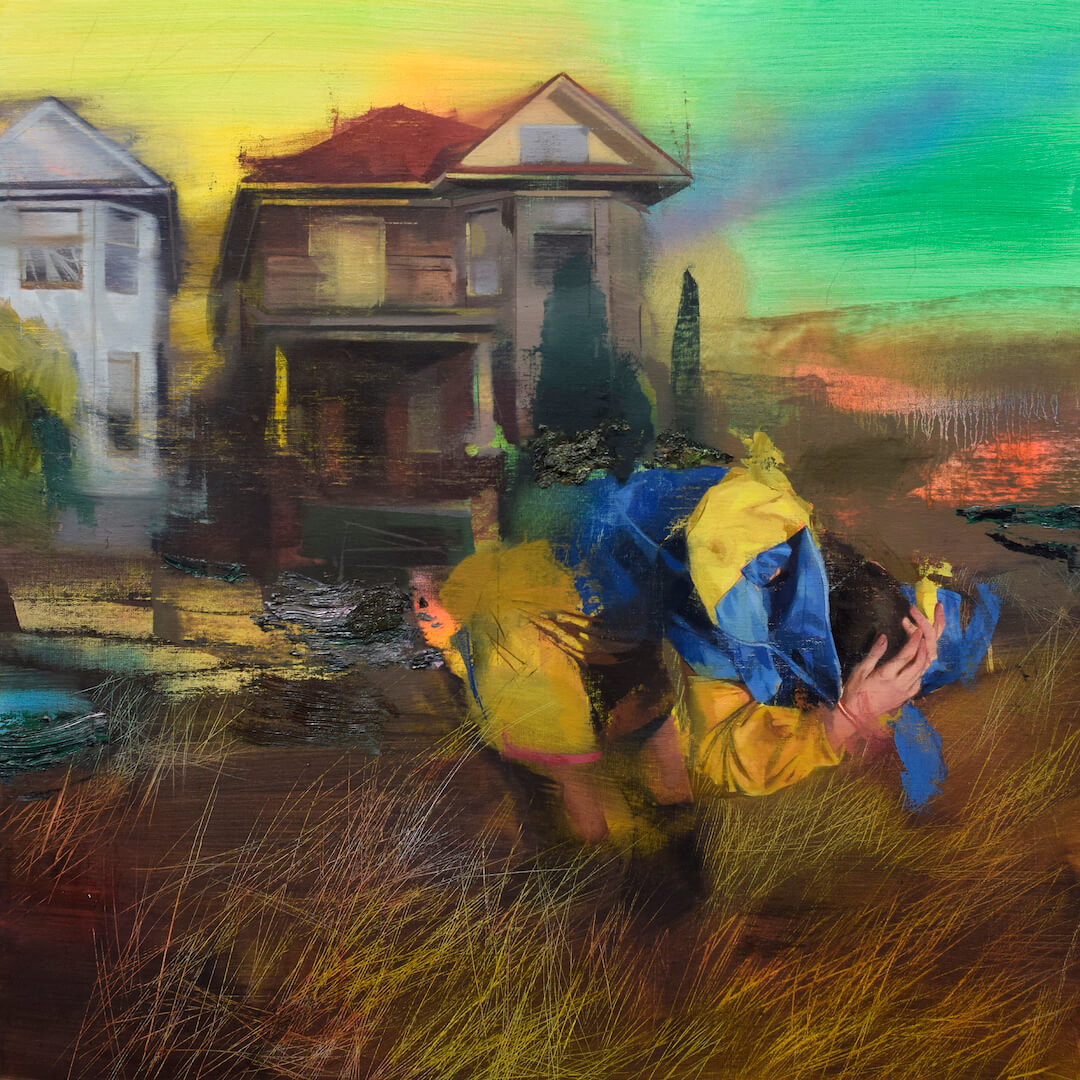 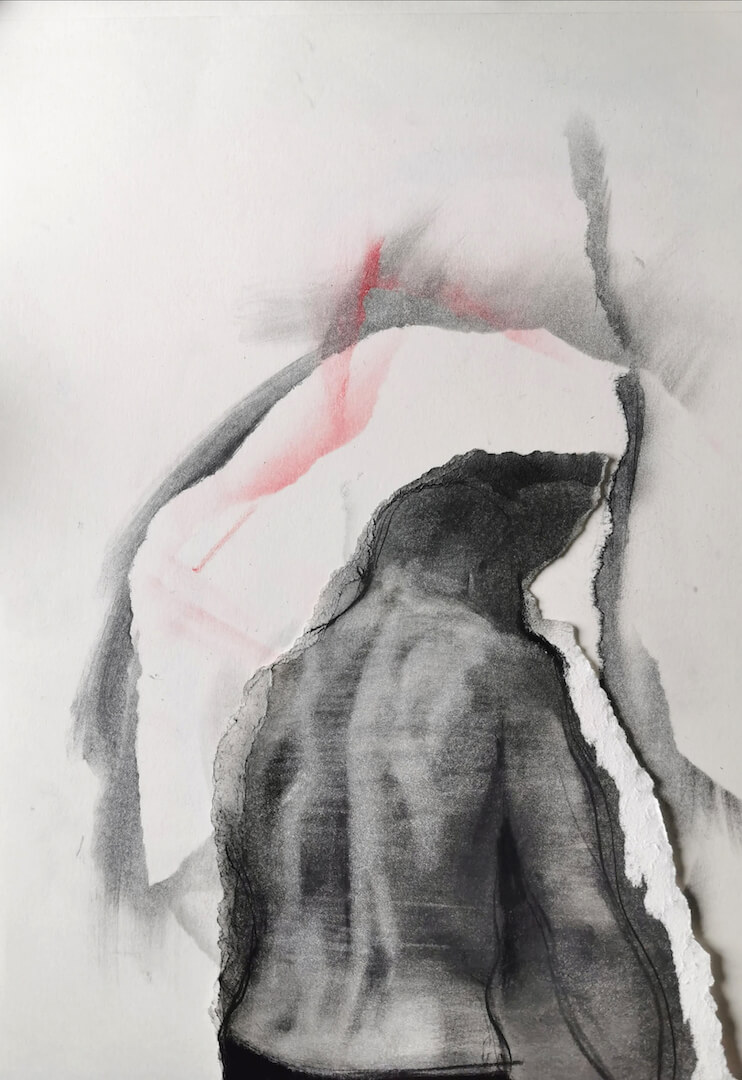 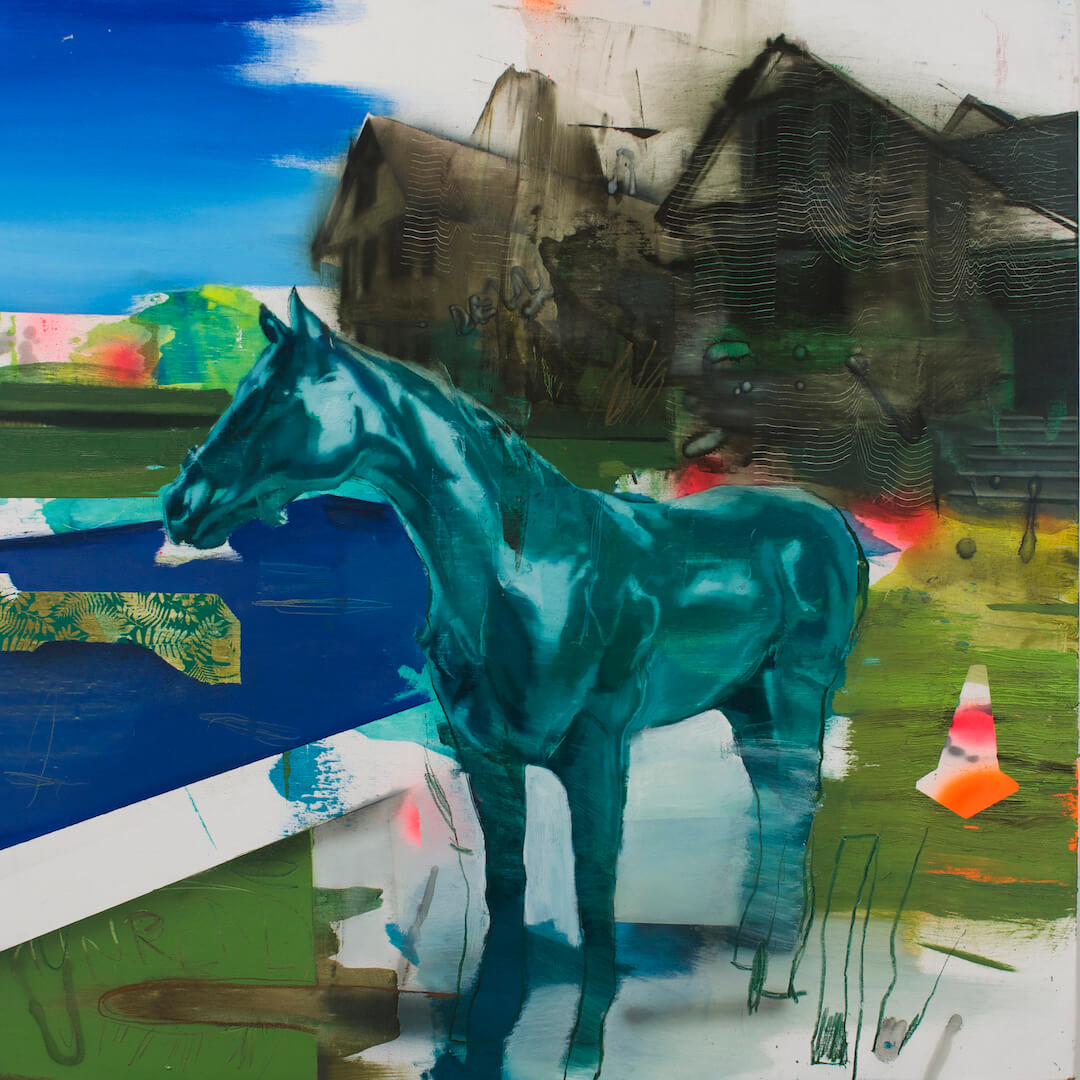 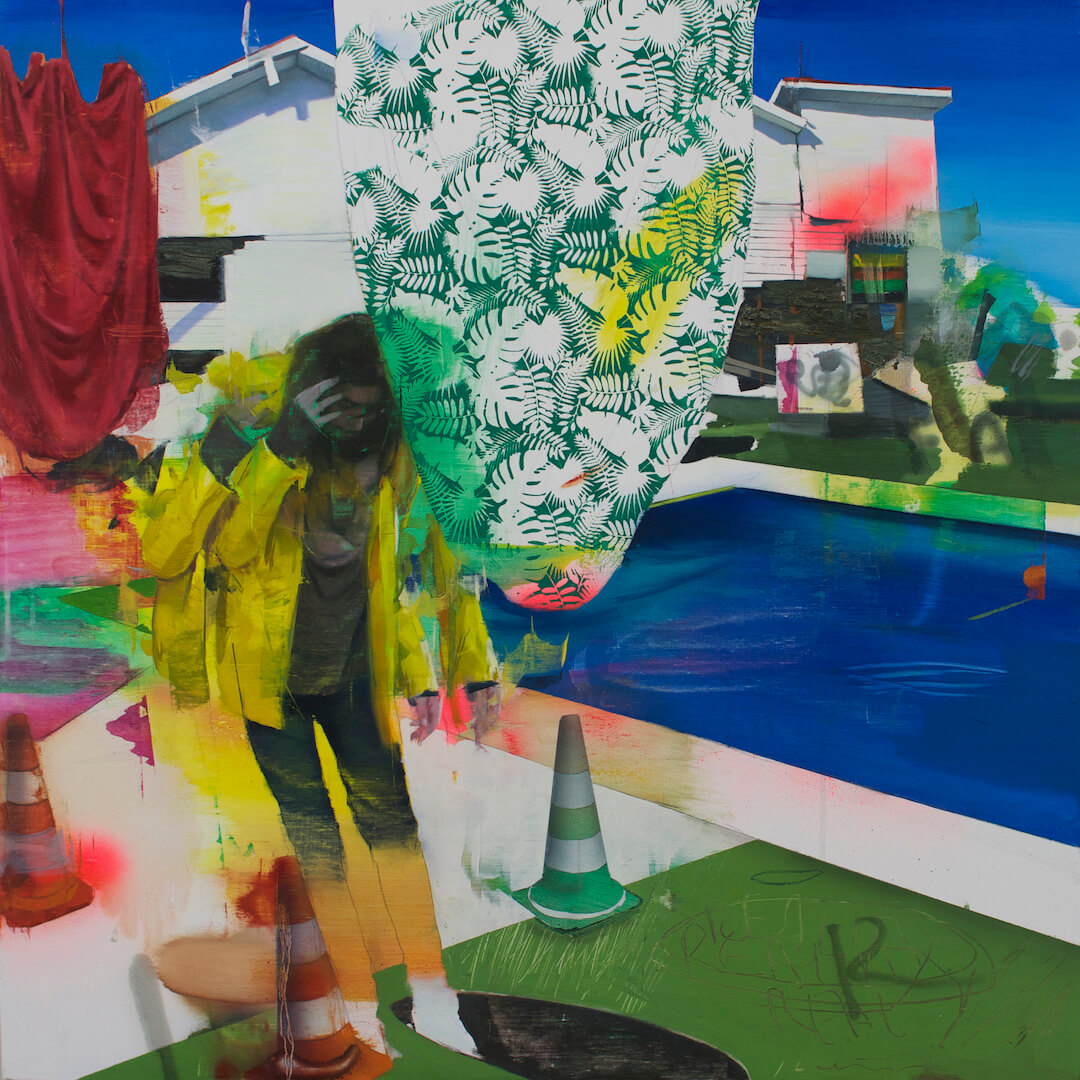